How Big is Big Enough for You?

When was the last time you recommended a movie or health related tip or product to a friend, family member or colleague. Millions of people do this every day – and get paid for it.
The Network Marketing and Direct Sales profession hit a new record high in 2015 with $183.7 Billion in global sales.1

The Network Marketing and Direct Sales industry profession hit a new record in 2015 with $183.728 Billion in global sales. The U.S. was ranked as the top direct selling market in the world with 20% of worldwide sales, China came in second with 19%, S. Korea third with 9%, followed by Germany at 8% and Japan at 8%. Other counties making their mark was Brazil, Mexico, France and United Kingdom to name a few.


Direct sellers include individuals who are career minded entrepreneurs (full or part-time), building their own business within their respective company.

Sales figures are expressed in USD and are estimated retail level and exclude sales tax and VAT with international sales being converted to USD using the exchange rate as of February 2015.
Figures are based on DSA Members only and do not include the entire industry.

HOW BIG IS CARD PROCESSING INDUSTRY?  WEELLLL, WIKIPEDIA SAID THIS A LOOONG TIME AGO:


Payment Processing Industry Overview
The payment processing industry provides merchants with credit, debit, gift and loyalty card and other payment processing services, along with related information services. The industry continues to grow as a result of wider merchant acceptance, increased consumer use of bank cards and advances in payment processing and telecommunications technology. According to The Nilson Report, total expenditures for all card type transactions by U.S. consumers were $3.3 trillion in 2007, and are expected to grow to $4.8 trillion by 2012. --

AND IT HAS JUST BEEN GOING UP UP UP EVER SINCE !!

**********
Surely that's big enough for even YOU  to haul yourself out and help a merchant this week!

EMV Continues to Concern Restaurants (or....DW Agent:  TALK TO A LOCAL EATERY TODAY AND GET HIM EMV RELIEF with Digital World free equipment and best service and rates!!)

Hospitality Technology’s Restaurant Executive Summit, offers restaurant leaders ample opportunities for invaluable peer-to-peer networking and idea-sharing. During an informal roundtable discussion at the 2016 summit on Nov. 8, industry colleagues discussed the current state of EMV adoption in the restaurant industry. Foregoing prior history, the mandated liability shift for EMV for non-fuel U.S. retailers and hospitality providers occurred in October 2015, more than a year before this discussion.

While the deadline had long since passed, these restaurant operators revealed that that prior to EMV becoming buzz-worthy, they were already doing their homework on how best to deal with the mandated liability shift. Operators at the table represented chains ranging from less than a dozen restaurants to nationwide outfits of more than 1,000 locations. These restaurateurs had performed cost analyses and expected value calculations on likely scenarios that were representative of what they might face.

In some cases, the rational decision was to deploy the hardware, software and services necessary to fully meet the deadline and thereby avoid any fees or penalties. Two companies at the table did just that. In other cases, the decision was made to do something other than a full technology deployment. That ranged from doing nothing at all (and happily paying whatever fees/fines/chargebacks were levied) to deploying sufficient technology to mitigate (but not eliminate) the full potential risk. One restaurateur stated the entire level of chargebacks the previous year was considerably less than the tens (if not hundreds) of thousands of dollars necessary to fully meet the liability shift’s requirements.

When discussing the chargeback issue, the restaurant industry professionals mentioned that they were being affected in different ways. For instance, in the case of chains that had yet to be certified as being EMV compliant, some had noticed a spike in chargeback activity, including for lost and stolen cards. This was concerning because retailers and restaurateurs are not supposed to be liable for this type of activity under guidelines. To that point, one restaurateur indicated that even after providing time-stamped video footage of a charged-back transaction that clearly showed the perpetrator, the bank refused to reverse the chargeback.

According to some restaurateurs, this increased chargeback activity wasn’t limited to those who were not yet EMV compliant. Lost and stolen cards are being targeted at restaurants where Chip & Signature is employed, since the card is (typically) still a valid card even though the user isn’t a valid user. Less-than-honest consumers are getting in on the act, as well. If the consumer claims a charge on a valid card by a valid user is invalid, the path of least resistance for the financial institution is a chargeback to the restaurant. Transactions involving large gift card purchases and large dining parties were cited by some of those at the table as being the cause of many chargebacks.

In a move that sounds like it came right out of Joseph Heller’s Catch 22, some retailers and restaurateurs have responded to the fraudulent chargeback activity of the financial institutions in a unique but entirely foreseeable manner. Simply, in clear violation of PCIDSS standards, some retailers and restaurateurs are storing the very Track 2 card data that PCI and EMV was supposed to protect. They are doing this in order to maintain an audit trail in an effort to contest the increasingly fraudulent chargeback activity.

How have the banks responded? This particular discussion occurred within six months of a handful of lawsuits filed on behalf of merchants of all shapes and sizes. Some of the lawsuits are progressing. Restaurants are hoping the outcomes of the lawsuits might provide some relief down the road. At this particular table, the restaurateurs were almost unanimous in feeling that banks and financial institutions did not show much concern about the plights faced by restaurants. This seems to be particularly evident from the bank's willingness to issue chargebacks and their lack of responsiveness to requests for EMV certification.   Some operators commented that the banks and card issuers didn’t really show much interest until after lawsuits started getting filed.

IF YOU HAVEN'T WATCHED THE NEW DW  3 MIN. CONSULTING VIDEO, YOU ARE COSTING YOURSELF MUCHO DINERO!!

Scroll down to "Client Marketing" -- it is the first video there.  Copy the link at the top of the page and send far and wide!!

Don't cheat yourself:  watch it now and share it today!

Great to see Sean, Ileen and Jim in Capitola yesterday!

It was great to get  facetime with these key team mates and catch up on newest marketing videos, plan our next quarter 'attack', get with Ileen's great potential merchant to start the relationship rolling and just in general have fun --- but the highlite was definitely sitting in on a Discovery interview with a merchant that a DW Agent had set up!!

(For the record, we could hear what Jim said but we could NOT hear the merchant's responses, so confidentiality was preserved.)

2.  Have them complete the Consulting Discovery form. 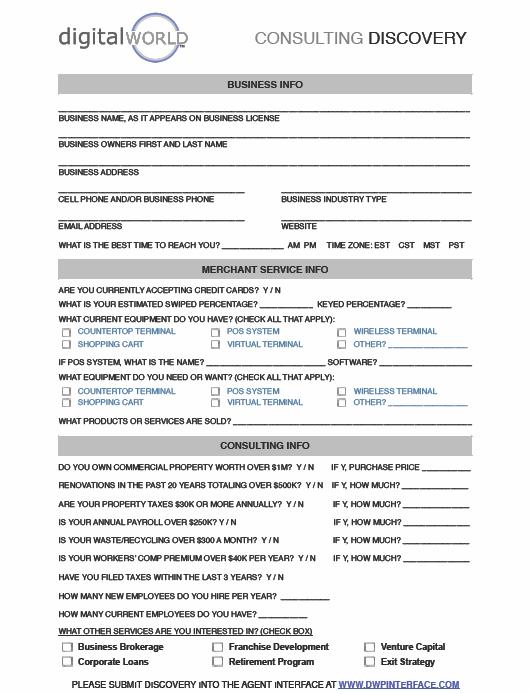 When call is set up, be sure to assist in whatever way you are asked.  Let's be sure that no calls fall through the cracks due to lack of follow-through!

Remember, you get 40% commission on your personal merchants' recoveries (view Commission explanation on this in Agent presentation and other docs in interface).

2017 is going to be a BUMPER COMMISSION CROP for all who engage in Consulting services for merchants!

Your great DW sharing video! And Another great DW Product!

Accept payments on the go, wherever you go. Whether you’re selling at the local farmers market or at a customer’s job site, Clover® Go makes it easy to take your business to your customers.

Securely and reliably accept credit and debit cards – including EMV® chip cards – with ease, right from your smartphone or tablet. Clover Go also comes with clear and intuitive reporting on sales activity along with insights on other local companies in your industry. Reliable support is available whenever you need it.

'Splains what you do as a DW Business Consulting Agent in simplest terms!

Checked my dwpinterface.com "Leads" section this morning and  I HAVE A LEAD from Las Vegas who describes himself as SERIOUS!

We are following up with him today and

I am posting to LinkedIn and both our Twitter accounts!

Try it:  it really works!

Welcome to New Agents Tion (already has 5 personal Agents) and Jillian (a motivated ex-military mom who is new newbie to working on the internet!) -- so many great things are moving and shaking in the DW Universe!

PLUS, this HUGE sale on Clover: 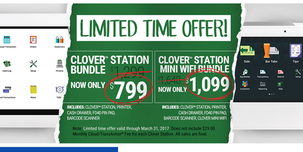 Clover is increasingly popular with merchants as word of its great features spreads in the market -- and the above prices mean it's time for some of your small merchants to hear about Clover from you.

Find out about features in the Product section of your interface...and remember that you start the ball rolling by submitting a processing statement from your interested merchant to Digital World and note that the merchant is interested in a Clover unit.


For advertising for other Agents on
SIMPLY


Copy the address that shows up there and VOILA!!!

Paste it all over yourself, your letterheads, your email signatures, tattoos, GET IT ALL OVER THE UNIVERSE!


The 1 minute video on there is about Android Pay -- new landing video coming will be about the Consulting opportunity!!

We can make America great again our own way -- NPI~~


to get yours, go to your DW interface and click on the Links tab.  This website is the very first link!

Great testimonials on there; for example,

I got a check in the mail and said ‘What happened!?’ The potential is great and I can see I’ll have more money coming in. I'm very happy!
Yvonne Lee

Just One of our DW Consulting Services for Businesses!

Now that all the big events of the year are over it's time to get back at it: gathering merchants and referring agents, that is.

And we're ready to rumble! So many great things are going on in the world of credit card processing and business cost remediation. An awesome system is in place for even the least techie  person to be able to refer businesses to see how Digital World can assist them in being successful and saving on their expenses. There's nothing like this anywhere and the Integrity of the Digital World team can be relied on for your future.

It's a great new year in front of us and this is a no-brainer in terms of "should I do it or not?"  Your out-of-pocket expenses are truly minimal and your upside potential has no limit. Let's get moving today!

Will check in with more later.... We're in Santa Clarita right now where Mike is having an emergency root canal. Believe it or not he took off for Southeast Asia with an infected tooth but God is faithful and we're back after having a great time. Hope everyone is doing well and we would love to hear from you!