Fortunately, for Funeral Home owners, there is likely a considerable benefit waiting for them. Since most Funeral Homes have been purchased or constructed for over $1,000,000 and the business is generally paying taxes at a high bracket, they are ideal candidates for the Cost Segregation tax benefit. Furthermore, we have seen many Funeral Homes across the nation undergoing significant renovations, most of which qualify for the benefit as well.


If you own a Funeral Home and have yet to complete an Engineering-based Cost Segregation study, now is the time to investigate this benefit -- AT NO COST TO YOU. Your bottom line will thank you! 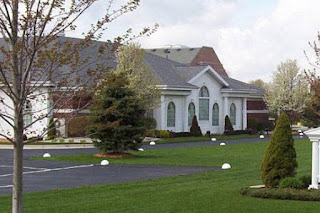 The IRS Is Trying To Help Funeral Homes Pay Them Less! (Don’t believe it? – read on)
This statement is directly from www.irs.gov, “Buildings and structural components have substantially longer depreciable lives than personal property. Therefore, it is desirable for taxpayers to maximize personal property costs in order to accelerate depreciation deductions and, hence, reduce tax liability.”


This largely overlooked tax strategy often reaps over $100,000 in tax benefits for a typical funeral home.

This strategy dates back to 1959 when the U.S. Tax Court allowed building owners to pursue component-based depreciation. In 2004 the IRS established a ‘Cost Segregation Audit Techniques Guide’; the Guide provides clear direction regarding how to establish the cost basis for non-structural building components and which depreciation time-lines to use for electrical wiring, plumbing, partitions, carpeting, finishes, parking lots, landscaping (and other qualifying components).


Think of it this way; why depreciate, say, carpeting in a 39-year time-line as if it were a structural steel beam? The IRS allows building owners to depreciate many such items in a more appropriate 5-year time-line. In fact, roughly 20% of your Funeral Home could likely be moved from 39-year to 5-year time-lines!

And just when you think you’ve died and gone to heaven (a little Funeral Home industry humor), it gets better! The IRS allows you to move such depreciation that you didn’t claim in years past, so-called ‘catch-up depreciation’, into your current tax year without having to do an amendment. Your CPA can move this ‘catch-up’ figure to your current tax year through a simple 481 change in accounting method.

The IRS recommends that building owners wishing to take advantage of this logical and well-established tax strategy conduct an Engineering Based Cost Segregation Study which documents:
The Study also places each component in the appropriate time-line per the IRS Guide.
For additional information or to set up a Discovery Call, contact your local DW Agent.

If you'd like the above in letter form for you to give your local Funeral Home owner, let Barb know.

Full details posting Wednesday -- line up your peeps and be there!

What?  Your friend owns a restaurant, not a funeral home?  A Discovery Call can help them, too!

Two of the Biggest Tax Breaks for the Restaurant Industry

Two of the biggest tax provisions that affect the restaurant industry are the 15-Year Restaurant Depreciation and the Worker Opportunity Tax Credit.


Due to the nature of the industry restaurant buildings experience daily wear and tear that many industries do not.  As a result of this increased wear and tear, most restaurants remodel or update their buildings every six to eight years.  Thus, the 15 year provision more accurately fits the recovery timeframe.

Benefits of the 15-year Depreciation provision:
Worker Opportunity Tax Credit
This tax credit is made available to employers who hire individuals from several targeted groups facing significant barriers to employment.
Examples of WOTC-target groups:
Currently the restaurant industry employees over 13 million people nationwide.  Many of these individuals were hired specifically due to the WOTC act being in place.   The WOTC provision allows workers who may not have been able to, move into self-sufficiency by earning a steady income and becoming contributing taxpayers.


Hiring from the group of qualified job seekers via the WOTC provision can mean direct federal tax savings to your business ranging from $1,200 to $9,000 per qualifying employee.  Restaurants tend to experience better than average qualification rates in state and federal hiring credit programs.  Hundreds of thousands of dollars are provided via this provision annually.

Digital World Discovery Calls discover how we can benefit your merchants in a number of areas and benefit YOU at the same time! 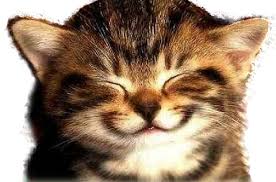