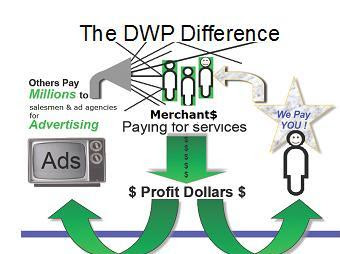 Join Mike and Barb tonight 6pm to find out MORE about the DWP Difference!

At the scheduled date and time of the meeting, dial into the conference line. When prompted, enter the Access Code followed by the pound key.
To join the online meeting, click on the meeting link listed above and follow the prompts to join the meeting. (Enter name/email...)
*************
Invite Guests!  Space is limited but that shouldn't be a problem.
Invite your best peeps.

hink back to when you were five years old. When penning a wish list for Santa, what was at the top? A bike? Legos? Maybe a new baseball mitt?

For one five-year-old, Michael Nardy, future Founder and Chief Executive Officer of Electronic Payments Inc. (EPI), "businessman supplies" were at the top of his list. Luckily, the request made its way to the North Pole, and that year a very excited boy found paper, pens, folders and a file cabinet under the Christmas tree.
"My parents called me their 'Little Businessman,'" Nardy said. "Unlike most gifts, I still have that file cabinet in my office today."

As technology developed, so did Nardy's supplies. A few years later, when he was eight years old, his father brought home a computer. Nardy would sit at the computer for hours playing with the DOS and BASIC shell commands, skills that would later help him when writing one of EPI's ISO tools, the ISOinterface.

"I was always into computers as a kid and that continued throughout my childhood," he said. "I literally lived at our computer table. There [were] times I would quickly run upstairs to shower and return stark naked and still wet, just to continue my 'work.' Lucky for my employees, I don't do that anymore."

Soon the youngster stopped playing business and began conducting it. At age 12, he started a tennis racquet stringing company called Strings N Things.
He was a junior tennis player who participated in tournaments and needed to continually restring rackets. He recouped some of the cost of a $1,200 racquet-stringing machine by stringing others' racquets.

From Serving Aces to Serving Customers
As Nardy matured, his aspirations shifted from tennis to medicine. He attended summer school at Brown University for a medical-intensive program. "I ended up dissecting a human cadaver, did blood work, shadowed a physician and promptly decided I wasn't cut out for medicine," he said.

Nardy attended Boston College and graduated with a double major in English and History. "A far cry from the merchant services industry, but I always felt you should do what you want and the pieces of your career will fall into place as they may," he said.
In Nardy's dorm room in 1998, EPI was born. "Originally I was running an IT company doing Web programming and database development for companies in the U.S. and Canada," he said.

"I even had a client in Malaysia, and as a result, missed a lot of classes because we would e-mail and IM, and the time difference was about 12 or 13 hours."
The telephone to his dorm room was his business line. Friends would call and hear the greeting and wonder if they had misdialed. Nardy's first experience in the financial services industry came from his Internet clients. "One of our flagship products was an eBay-style auction program called Auction Out!
"The requirement was we integrate our software with VeriSign Payflow Pro and Authorize.Net, so we ended up working with Harris Bank, Vital and Moneris Solutions, a partnership that gave us the ability to work with Canadian and U.S. businesses.

"The growth of my company taking place in college doesn't seem like the natural way a company is built, but I was eager to be off on my own and growing a business in an industry I felt I could contribute something to," he said.

Eventually, business was getting big enough that EPI set up an 800 number; the same 800 number in use today. From his dorm Nardy closed deals, and many clients that called thought it was a huge business. "I didn't want to tell them I was still in college," he said.
When he went home for the summers, the company's headquarters moved to his bedroom in his parents' house. From there he ran the business while also working as a pest control technician for his father's 50-year-old pest control company.
Moving On
After graduation Nardy and EPI moved off campus. "Moving on with my company was just what felt right, what was natural for me," he said. "When I moved into my own house, the company was run from my basement. There were servers, computers, a phone system and equipment all over the place; it was cramped. We then expanded into a sublet office in my town, and now into an office building down the road from that."
Nardy acknowledges that EPI entered an already crowded marketplace. But, he saw an opportunity and jumped at it. "It probably wasn't the easiest path we could've taken, but it was the best path to grow the business in the way I wanted to," he said.
If you've done the math you've probably realized that Nardy is young. Although he doesn't discuss age, he admits to being in his twenties. "As far as youth, most of our ISOs know I am young, but it certainly doesn't dissuade them from signing up with EPI or sending us business," he said.

"The fact is, it doesn't matter if I'm 30 or 50. This company isn't going anywhere, and I'm going to be the same person in 30 years that I am now. Consistency is a big part of my makeup."

'Think Big and Act Small'
Nardy is a quick thinker and quick to take action. "I think the fact that I am quick to act is both my greatest strength and weakness ... I am always trying to keep EPI ahead of the competition, and any of the growing pains we've experienced have been short-lived and our ISOs have been incredibly supportive," he said.
He also strives to be available and accessible. Rather than cloistering himself away in a CEO's office, he chooses to work alongside his employees to keep a small company atmosphere.
Most of EPI's ISOs, and many of its merchants, have Nardy's personal cell number. He responds to e-mails day and night. "The more accessible to your staff and ISOs, the more cohesive the vision for your company can remain," he said. "So being accessible is integral to the operation of my company.
"I think that my main business philosophy is to think big and act small. ... I have always taken on more responsibility, more work, more challenges in trying to be a completely in-house shop."

He believes that in order to be successful, you need control. He believes EPI's success comes from underwriting and approving its own accounts, controlling merchants' funding, and monitoring risk, chargebacks and retrievals. He said that this in-house approach offers the freedom to grow quickly and offer competitive programs.

"Taking on the liability of a portfolio was, and is, a daunting challenge, something most wouldn't even consider, especially with the ISO programs being offered today," Nardy said. "I don't know if it was the right move, but it gave us incredible freedom to grow when I needed it. And in turn, we try to pass that freedom down to our ISO base."
That doesn't mean it has always been easy or without risk.

Never Satisfied
Nardy will be the first to describe his work style as ad-hoc. "If it feels good, sounds good, and looks good, then why not try it?" he said.
Nardy plans to be part of the financial services industry for some time. "I love sales and I love this business; there is really nothing else I can see myself doing," he said. "I have no exit plans in sight and will continue what I am doing as long as I can. There's still a lot more I feel I can do to grow EPI and contribute to our industry."

GET READY FOR A GREAT WEEK, DWP WORLD!

GET READY FOR A GREAT WEEK, DWP WORLD!

HEADLINE OF THE DAY:

The credit card sector is a large, growing, and profitable segment of financial services.

A picture of the DWP universe: can you see us in the iso group? 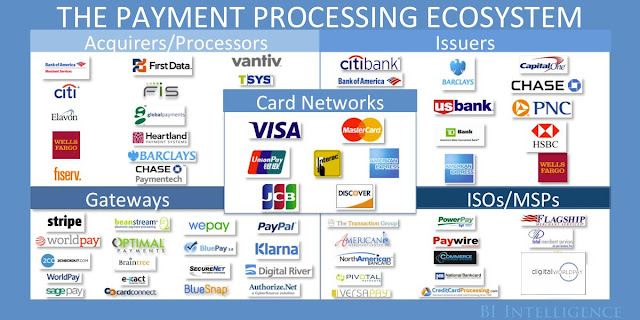 NOW'S THE TIME!  HERE'S THE PLACE!  GET MOVING!

Here are some quotes to get us going: 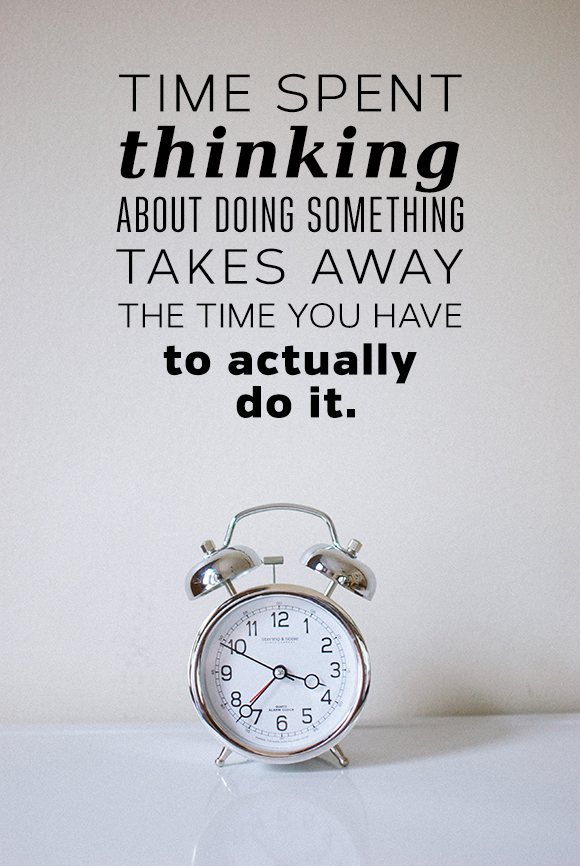 AIN'T IT THE TRUTH!


AIN'T IT THE TRUTH!

Months that Begin with "J"

I just don't feel like weaving in those particular months, January, June, and July. January is understandable because it follows December, a potentially busy weaving month. June is not quite so understandable, other than it's the beginning of summer and maybe I'm busy doing other things. July is very understandable... it's hot.


The paragraph above is from a post on a weaving blog, which I enjoy. It just struck me  that's very similar to a saying we have in network marketing  that I've heard as long as I've been in the business--  "nothing good happens in months that begin with J"... seems like that's not just true of  marketing but also  of weaving!

The amazing thing is with Digital World Pay we've had an awesome summer so far! When most other networking companies practically shut their doors  in this slow season, DWP has kept  the merchant world zinging.

Since we're almost out of the J months and  into that awesome month beginning with A -- yaahooo! --  looks like we're going to have a Fantastic Fall!

Great things are on the DWP horizon  -- must mention  the excellent agents out there busy this week  including-- Maribel, Vic, Robinson, John, Jorge, Sean, Cora,  Bill, Wayne, Lynne,  by the way we have a great meeting next Thursday night in Sacramento,  more on that later --  lots going on and it's still a J month for a few more days!

*************
GET READY FOR FALL -- EVERY AGENT GET A MERCHANT NEXT WEEK BECAUSE... the more shoppers shop, the more your merchant saves on processing fees!

The CEA (Consumer Electronics Association) released an estimate last year comparing the amount of online shoppers between Thanksgiving and Cyber Monday in 2013 to 2014 and the increase is a whopping 6.1 million! With online spending going at a steady increase every year, we’re expecting an increase of 10-25% for 2015 from 2014 with at least a quarter of those shoppers searching via a social media site. We’re looking at a rise in mobile traffic with big name merchants. According to Marketing Land, last year’s Thanksgiving weekend drove 52% off all US e-commerce traffic however, sales were still down. We’re hoping to see a critical switch in focus to e-commerce online and mobile sales this year where merchants no longer limit their deals to in-store shoppers. Real-time sales result from Black Friday 2014 shows that while mobile drives more traffic, tablets closed more sales transactions. According to the IBM Benchmark Report tablet drove 16% of online sales while mobile only accounted for 11.8%.

You will find more statistics at Statista